LBB Presents ONLINE: Christopher Paolini - To Sleep in a Sea of Stars | Kids Out and About DMV

LBB Presents ONLINE: Christopher Paolini - To Sleep in a Sea of Stars 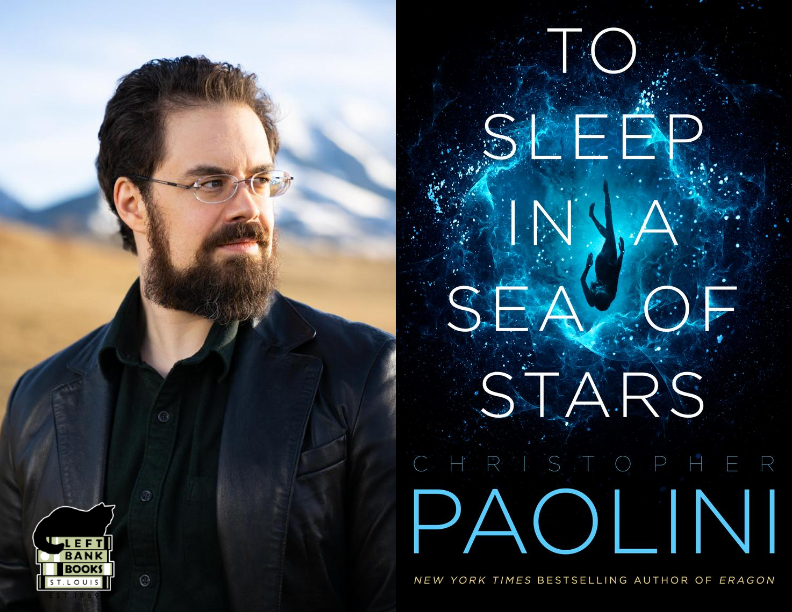 The first 100 people to buy tickets (in the form of a book purchase) for the event will receive a signed To Sleep in a Sea of Stars bookplate.

Every event attendee will receive a swag item with the purchase of their book.

To Sleep in a Sea of Stars is a brand new epic novel from New York Times bestselling author Christopher Paolini.

During a routine survey mission on an uncolonized planet, Kira finds an alien relic. At first she's delighted, but elation turns to terror when the ancient dust around her begins to move.

As war erupts among the stars, Kira is launched into a galaxy-spanning odyssey of discovery and transformation. First contact isn't at all what she imagined, and events push her to the very limits of what it means to be human.

While Kira faces her own horrors, Earth and its colonies stand upon the brink of annihilation. Now, Kira might be humanity's greatest and final hope . . .

Christopher Paolini was born in Southern California and has lived most of his life in Paradise Valley, Montana. He published his first novel, Eragon, in 2003 at the age of nineteen, and quickly became a publishing phenomenon. His Inheritance Cycle—Eragon and its three sequels—have sold nearly 40 million copies worldwide. To Sleep in a Sea of Stars is his first adult novel.

You may purchase To Sleep in a Sea of Stars from Left Bank Books online or over the phone, but you must provide an email address to be invited to the private Zoom event. If you have purchased the book from Left Bank, you will receive an email event reminder a few days prior to the event. You will receive the actual email invite to join the private Zoom event on the DAY OF the event.

*Times, dates, and prices of any activity posted to our calendars are subject to change. Please be sure to click through directly to the organization’s website to verify.